It is important for anyone charged with a felony to be represented by a highly skilled and experienced attorney, like Charles Grose, or they may endanger their rights and potentially be punished for the wrong crime or a crime they did not commit.

For over 20 years, Mr. Grose has defended individuals charged with felony crimes in South Carolina, especially in the Greenwood region. He is known for challenging police and prosecutors and preventing clients from paying penalties they don’t deserve.

If you’ve been charged with a felony in South Carolina and need an attorney who will take the time to fully understand your circumstance and has the experience and fortitude to fight unjust charges and sentencing, then call Greenwood-based defense attorney Charles Grose and the Grose Law Firm.

The Grose Law Firm represents individuals charged with any felony crime in the State of South Carolina, including the following:

Assault/Battery – causing serious injury or attempting to cause serious injury to someone, or threatening someone in a way that put them in fear of immediate harm

Rape/Criminal Sexual Conduct – forcing sexual intercourse or other unwanted sexual acts on someone without their consent, including date rape or use of drugs or alcohol to render the victim unable to protest

Burglary – theft of property when the victim was not present

Arson – Intentional setting of fire to a building

Child Sex Crimes – engaging in sexual acts upon a minor, including taking or distributing child pornography

Embezzlement/Fraud/Computer Crimes – crimes in which deceit is the primary means of depriving another person or people of money or possessions, including computer crimes and so-called “white collar” crimes 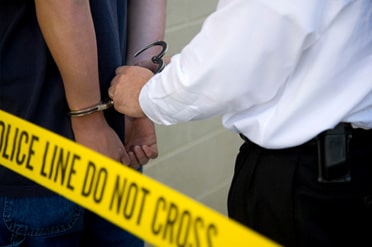 Like you, The Grose Law Firm is concerned about the spread of the Coronavirus (COVID-19).

The Grose Law Firm will continue working on cases and be available for phone consultations. Office appointments will be handled by phone or video conferencing. People considering retaining our services should contact us by phone, email, or through this website.

South Carolina has canceled jury trials for the foreseeable future. Most other court appearances are restricted to emergency matters. Please contact us if you have questions about a court appearance.

The S.C. Department of Corrections and local detention centers suspended visitation. The Grose Law Firm will communicate with incarcerated clients by phone or mail.

The Grose Law Firm encourages everyone to follow recommendations
of public health officials, and we hope you and your family remain safe and well.